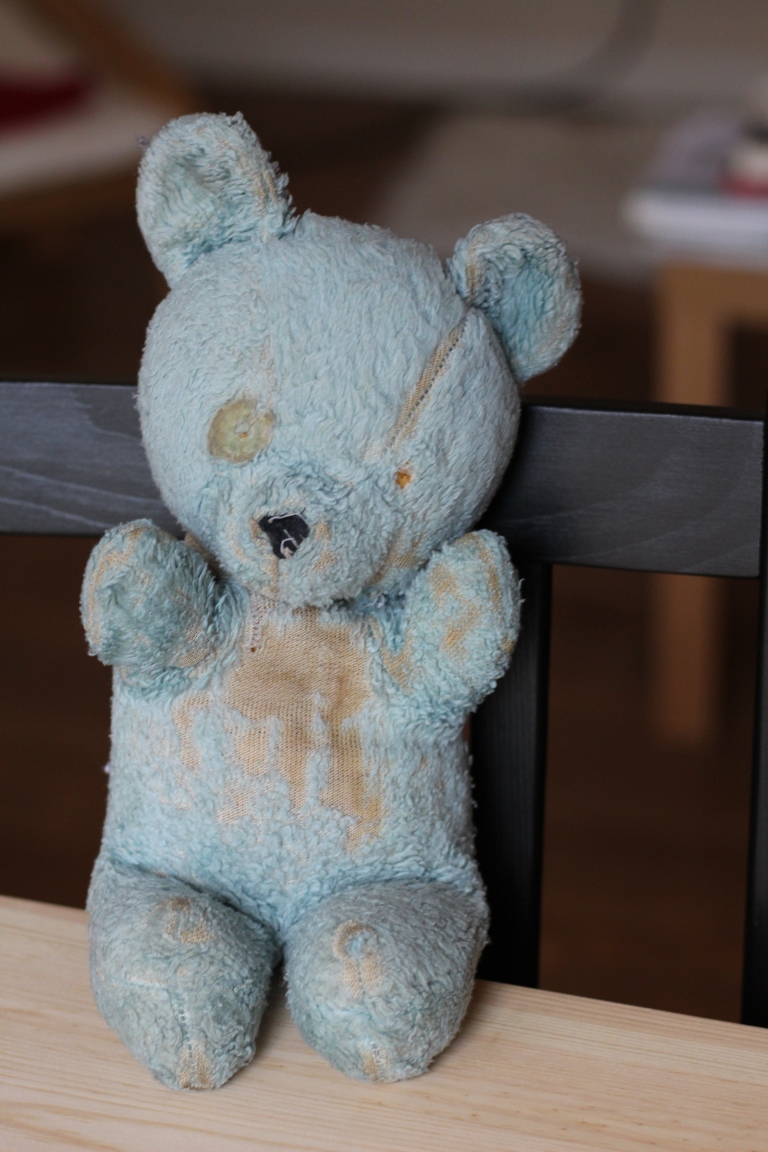 My mother is probably laughing with delight right now that I still have my oldest friend. Angus is the first Christmas gift I can truly remember, and probably the best gift of all time. I named him after my kindergarten boyfriend and although that relationship didn’t last, Angus and I have been through thick and thin.

He’s my Velveteen Rabbit. You can see where all of his fur has literally been hugged off. Originally he was a plush bear with plastic button eyes – orange with black pupils, if I recall – and a red felt mouth. He lost his eyes and mouth early on; they simply could not withstand the fierce affections of a little girl who held him close each night. My mother was able to salvage his nose and you can see where she tried to use superglue on one of his eyes – it looks like a monocle and gives him a rakish air.

I never played with dolls, choosing instead to bring Angus on all my adventures – he was dressed up, suffered through tea parties and got tucked into my suitcase for family trips. I still remember the cold bolt of fear that rocketed through me when I thought I’d forgotten him in a Florida motel room.

One of my older brothers made up a silly voice for Angus, which was always really fun for both of us. Angus was more than just a toy – he was our family’s mascot. When the movie Ted came out, my brother told me he’d immediately thought of Angus and me.

Good old Angus – if ever there was a stuffed animal who deserves to come to life and speak, it’s him. I haven’t found a good place of honour for him yet (a delicate balance of being sentimental without seeming odd), so he lives in a drawer, but I could never get rid of him. He’s imprinted on my soul, part of the very fabric of my life.